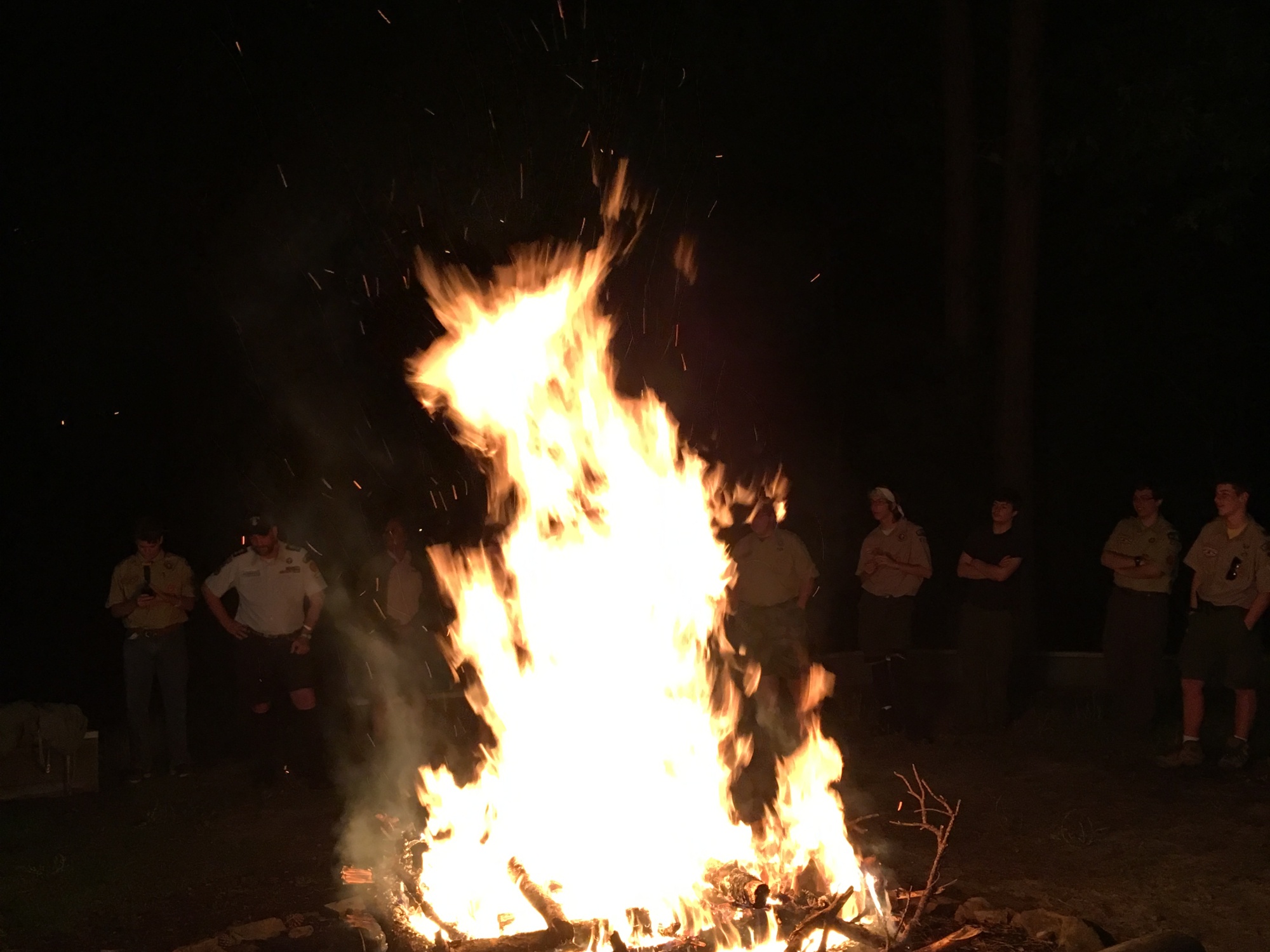 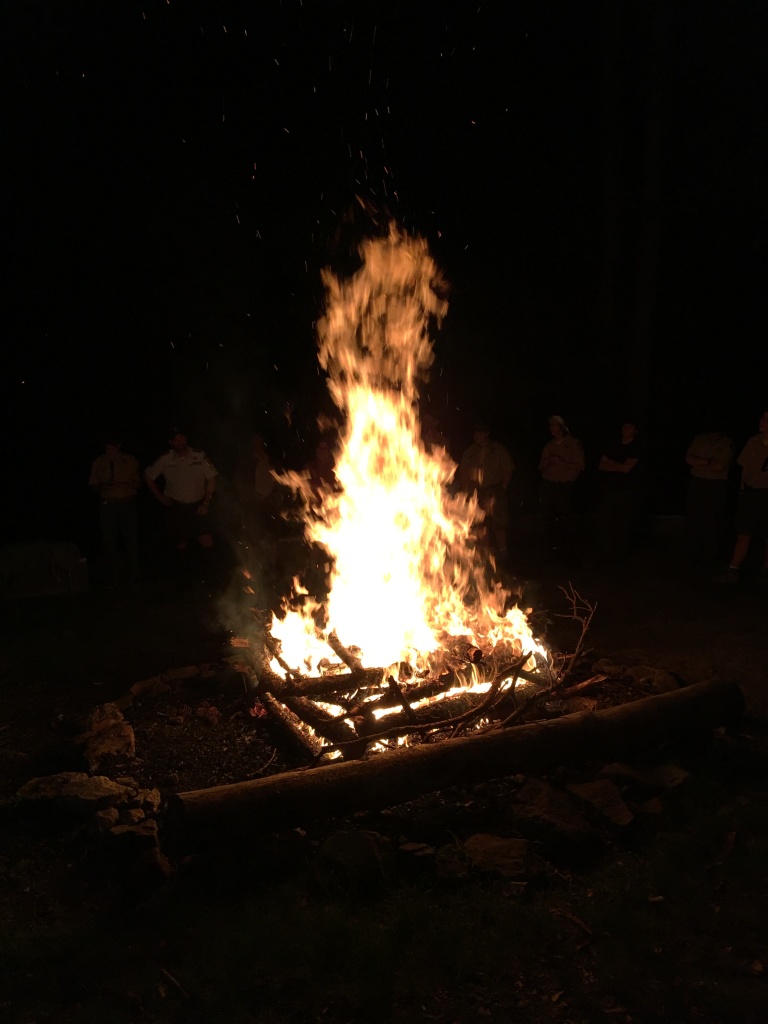 At Camp Durant Summer Camp Staff Development this past weekend, the entire staff got in a big circle around the campfire. As we stared into the fire, thoughts of past and future campers came to mind. All of the staff had a chance to answer the question, “Why Are You Here?”

Everyone knows that I am loud and crazy, but Camp brings that out 100%. Since I was young, I’ve had scouting in my family. My Grandparents, my parents, my cousins, and many others have had a part in scouting and somehow I knew it was something special. I knew I was a part of scouting around age 10, but I didn’t know where I would go until my first summer camp at Camp Durant in 2008.

It was my first year of Summer Camp and I was with my troop assembled on the vista before heading to campfire. The two staff members that started the assembly were loud, crazy, but definitely having fun. They began to sing songs and do weird dance moves and that’s when I realized, “I want to do that in the future.”

Four years later, I began working on summer camp staff and quickly I began to lead songs and be that one guy that could get everyone super excited at assemblies. Going into my fifth summer this year, I still sing crazy songs, but reasons for being on staff have changed. Very few people truly understand what Camp means to those that work there, especially those that continuously come back year after year.

As a camp staff member, you have the chance to change a young man’s life for the better. The life skills that one learns at a boy scout summer camp could save their lives in the future. Once you figure out that you have changed someone else’s life by simply being yourself and making sure that a scout has fun, you find it in yourself to continuously come back and keep doing it. One thing that always makes me feel happy is seeing people that say I have made an impact on their lives, coming to camp to be a camp staff member to change someone else’s life. Seeing a young man genuinely smile after they conquer a task that they have had trouble completing is one of the coolest feelings ever.

For many, being a camp staff member is their first real job and they may at first be searching for something to do during the summer and make a little bit of money, but working at camp is not for the money, it is for those who have made impacts in our lives and giving back to the program. I have been incredibly lucky to have had the chance to work on Camp Staff for five years now and I hope to work again in the future.

The friends, emotions, fun, and experience make it all worth it, but it is those whose lives are changed that make the greatest impact on the world!